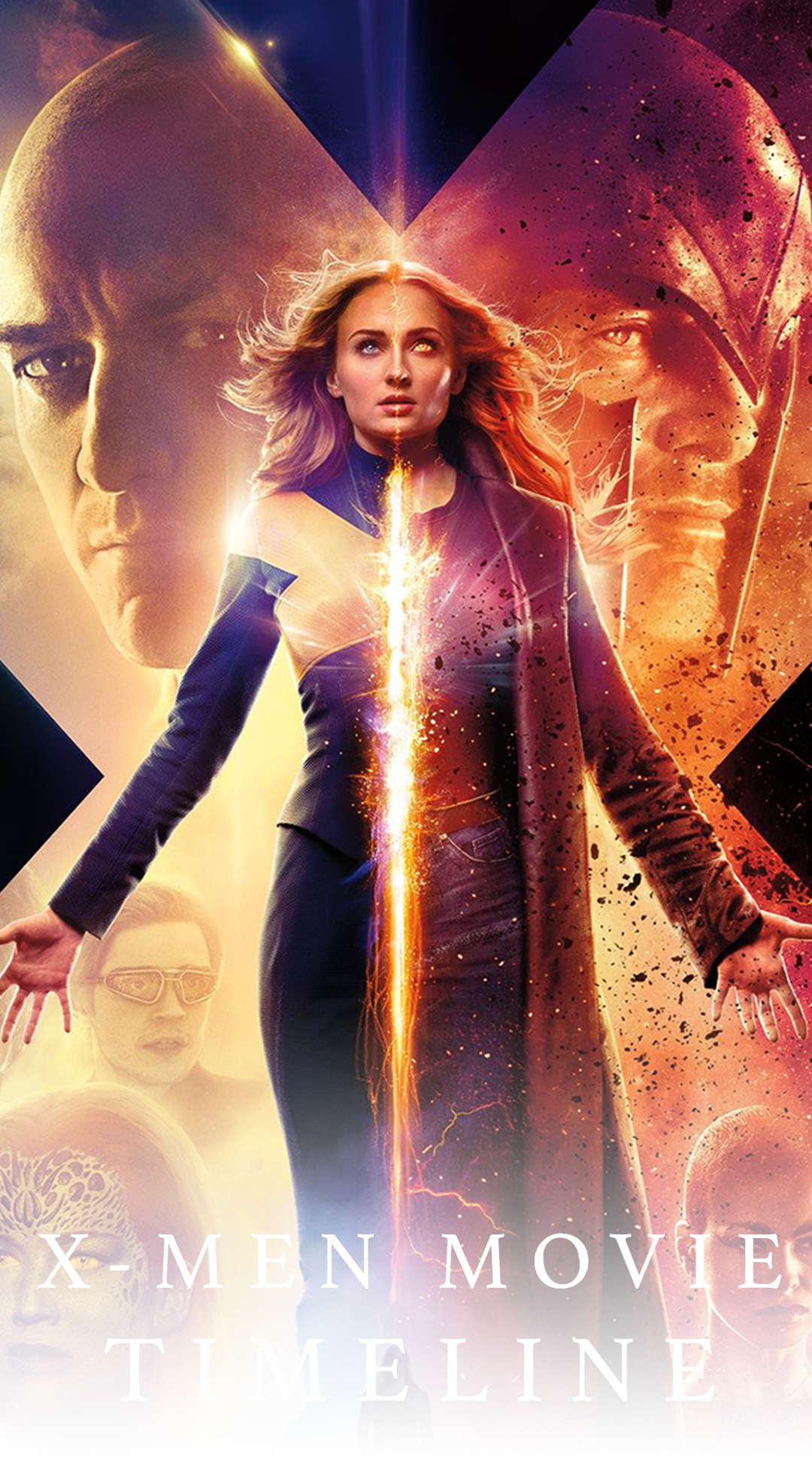 If you thought that time in the Marvel Cinematic Universe was tricky, get ready to multiply your confusion by a factor of X.
Over the last two decades, there have been a dozen big screen X-Men releases. If you're looking to watch them in the order in which they came out, the list is pretty straightforward:
EXPAND

Trying to view the X-universe in the proper chronological order, however, is where things get weird. You're entering one of the most confusing areas of the mighty Marvel Multiverse.

"A world of endless possibilities and infinite outcomes," is the way Patrick Stewart's Professor Charles Xavier explains it at the end of Days of Future Past, "Countless choices define our fate: Each choice, each movement, a moment. A ripple in the river of time. Enough ripples, and you change the tide... for the future is never truly set."

Comic book fans have learned to accept that the progression of time on the printed page does not work exactly as it does in reality. The first X-Men comic was published in 1963 and, for all intents and purposes, that's pretty much when the story is set, evidenced by a lot of then-contemporary pop culture references. The original team -- Angel, Beast, Cyclops, Iceman and Marvel Girl -- were all teenagers at the beginning of the story. While they have grown substantially between then and now, they are hardly senior citizens in the current comic book universe, despite fans having been privy to their adventures for nearly 60 years. Somehow, the longer the span of the narrative in our reality, the shorter relative narrative becomes within the fiction.

Over at the Distinguished Competition, authors Grant Morrison, Tom Peyer, Dan Raspler and Mark Waid introduced in the late 1990s a concept known as "Hypertime" in an effort to explain temporal incongruities. There aren't exactly hard rules for the way that it functions, but Hypertime basically explains that comic book time doesn't play quite as linearly as we might like to think it should, fluctuating wildly depending on where you're standing. That's something that is reflected in the X-Men movie franchise going back to Bryan Singer's original X-Men in 2000, noted onscreen to take place in "the not too distance future," the specific year in which the story takes place arguably moves forward to suit the viewer's perspective.

The amorphous nature of time gets particularly confusing with X-Men because the series contains so many direct links to real world history. Magneto's backstory, for instance, relies on him having been an adult during World War II. First Class occurs against the backdrop of the Cuban Missile Crisis. Then things get extra complicated with the addition of time travel in Days of Future Past (not to mention Deadpool 2), which cause at least one clear divergence in the timeline.

Although Logan and both Deadpool films are listed below as being in the new timeline for the sake of clarity, it's unclear exactly what timeline in which they are meant to occur and could potentially be their own divergent realities. The same is true for the two X-Men live action television series, Legion and The Gifted, both of which are omitted from the following:

3600 BC - X-Men: Apocalypse (Opening) - The first mutant, En Sabah Our (aka Apocalypse), rules over Egypt's Nile Valley until he is betrayed by his followers and entombed in a pyramid for thousands of years.

1845 - X-Men Origins: Wolverine (Opening) - James Howlett and his half-brother Victor Creed discover that they are mutants with powerful healing abilities. Fighting side by side over the next century and a half, they will one day become better known as Wolverine and Sabretooth.

1944 - X-Men and X-Men: First Class (Opening) - As he and his family are taken to Auschwitz by the Nazis, young Erik Lehnsherr (Magneto) discovers that he is a mutant with the ability to manipulate magnetic fields. Meanwhile, in New York, telepathic mutant Charles Xavier meets Raven (aka Mystique), a shapeshifting mutant who becomes his foster sister.

1945 - The Wolverine (Opening) - Held as a prisoner of war, Wolverine survives the Nagasaki bombing, saving one of his captors in the process.

1962 - X-Men: First Class - Working together as friends, Magneto and Xavier open a school for mutants in an effort to try and protect a world that hates and fears them. Unfortunately, the bond between both men is forever shattered when, during the Cuban Missile Crisis, their disparate ideologies come to a head and Xavier is betrayed by his friend and left paralyzed from the waist down.

The Not too Distant Future X-Men - Suffering severe memory loss, Wolverine comes to Xavier's School with a troubled young mutant, Rogue. Meanwhile, Magneto and his Brotherhood launch a violent offensive against mankind in opposition of the US Government's Mutant Registration Act.

The Not too Distant Future X2: X-Men United - A military task force, led by William Stryker, invade the X-Men mansion and do battle with the students. Meanwhile, Mystique breaks Magneto out of prison and they plan to use Cerebro to wipe out the human population. The X-Men are able to stop him, but Jean Grey is forced to sacrifice her life in the process.

The Not Too Distant Future: X-Men: The Last Stand - A government "cure" puts the mutant population wildly at odds as Jean Grey mysterious returns from the dead, now powered by the godlike Phoenix force. Magneto attempts to use her abilities to once again attack mankind, forcing Wolverine to kill her in order to save the world.

The Not Too Distant Future: The Wolverine – Living a tormented life as a hermit following the death of Jean Grey at his own hands, Wolverine is called to Japan so that the man he saved in 1945 can repay his life debt.

2023 - X-Men: Days of Future Past (Future) - In a dark reality, mutants have been nearly eradicated through the government's robotic Sentinels. The X-Men manage to stage one last mission in the hopes of saving the future, sending Wolverine back in time to 1973 in attempt to change the timeline.

1973 - X-Men: Days of Future Past (Past) - As Bolivar Trask plans to unveil his mutant-hunting Sentinels, Wolverine's consciousness from 50 years in the future takes over his body, allowing him to work alongside the X-Men and prevent the Sentinels from destroying the future.

1983 - X-Men: Apocalypse - Apocalypse awakens and gathers his four horsemen in an effort to conquer to Earth. The X-Men are the only ones who stand in his way.

1992 - Dark Phoenix - During a mission to outer space, Jean Grey is bombarded by a powerful energy force that begins to transform her into a being of extreme power.

Two Years Later – Deadpool 2 - Distraught over the death of Vanessa, Deadpool decide to join the X-Men just as the time traveling mutant Cable arrives from the future. Although Cable's plan is to to kill the man responsible for the eventual death of his family, Deadpool is able to prevent that killing from happening and still direct the timeline into a more optimistic direction.

2023 - X-Men: Days of Future Past (Epilogue) - Wolverine returns from 1973 to find that the timeline has been repaired and that all of his friends, including Jean Grey, are alive and that mutantkind is flourishing.

2029 - Logan - Years after most of mutantkind was wiped out, Wolverine finds new hope in a young girl, Laura, who turns out to be his genetic clone. Logan delivers her to a new band of freedom fighting mutants, sacrificing his own life in the process. 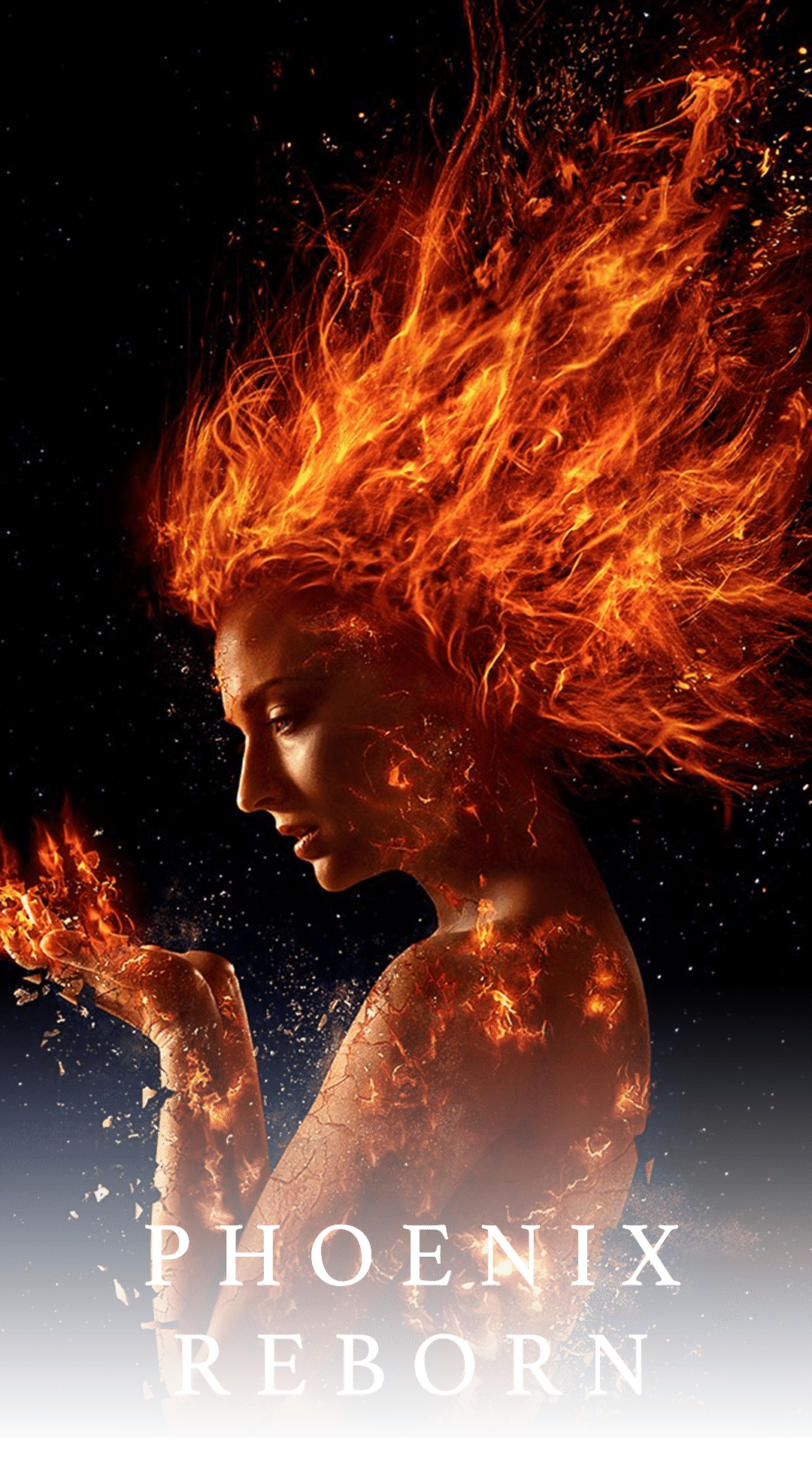 The return of the X-Men occurred with the arrival of writer Len Wein’s "Giant-Size X-Men" #1, bringing about an "All-new, All different" team, introducing characters like Storm, Colossus and Nightcrawler and bringing in Wolverine, who had recently debuted in the pages of The Incredible Hulk. Only Cyclops remained from the original lineup but, before too long, Jean Grey returned. No longer was she known as Marvel Girl but, instead, as the telekinetic Phoenix.

Claremont's original storyline is divided into two major arcs, the "Phoenix Saga" and the "Dark Phoenix Saga" (illustrated at first by Dave Cockrum and later by John Byrne). In the former (running in the pages of Uncanny X-Men #101 to 108, Jean Grey inherits the all-powerful "Phoenix Force" and gains godlike abilities. Years later, issues #129 to 138 would deliver the "Dark Phoenix Saga," during which the Phoenix power (thanks, in part, to some outside influence by X-Men antagonists) has fully corrupted Jean Grey, unleashing terrifying destructive abilities that threaten the entire universe.

The new Dark Phoenix movie opens with a segment set in 1975, a nod to the original book's relaunch, but quickly moves forward to 1992 for the bulk of the story. That's another year that is very relevant to X-Men fans as it is when the hugely popular X-Men: The Animated Series began airing on Fox, introducing a new generation to mutantkind. As was the case with the original comics, the animated series approached the storyline in two parts: a five episode "Phoenix Saga," and, beginning a few episodes later, a four part "Dark Phoenix Saga”.

On the big screen, 2006's X-Men: The Last Stand borrowed elements from the iconic saga with Famke Janssen in the Jean Grey role. When she was cast in the part for 2016's X-Men: Apocalypse, Sophie Turner looked to Janssen for help in getting Jean Grey just right.

"As soon as I got the role, I got her e-mail and we e-mailed back and forth about the character," Turner explains. "[Asking] f she had any movies or music that she listened to to get into the psyche of Jean. She also kind of just gave me her blessing for the role, which was really nice to have. When you take over a role from someone, you always want to make sure it's okay with them. She was lovely."

Although it's not explicitly stated in either of the films, there's a interesting element to the comic book Phoenix Force in that it is said to transcend all realities.

"In my cosmology," Claremont explains in a 2004 forward to the collected 'Dark Phoenix' saga, "The Phoenix represents the primal passion of creation: She's the spark that ignites the Big Bang also the final fire that consumes what's left at the very end."

It's very possible, then, that the Phoenix power fans have witnessed across all media is one and the same, continuing seeking out and attaching itself to Jean Greys from all manner of parallel dimensions. It may well be the case that, like its namesake from Greek mythology, the Phoenix is locked in an eternal cycle, destined to rise and fall and rise over and over again. 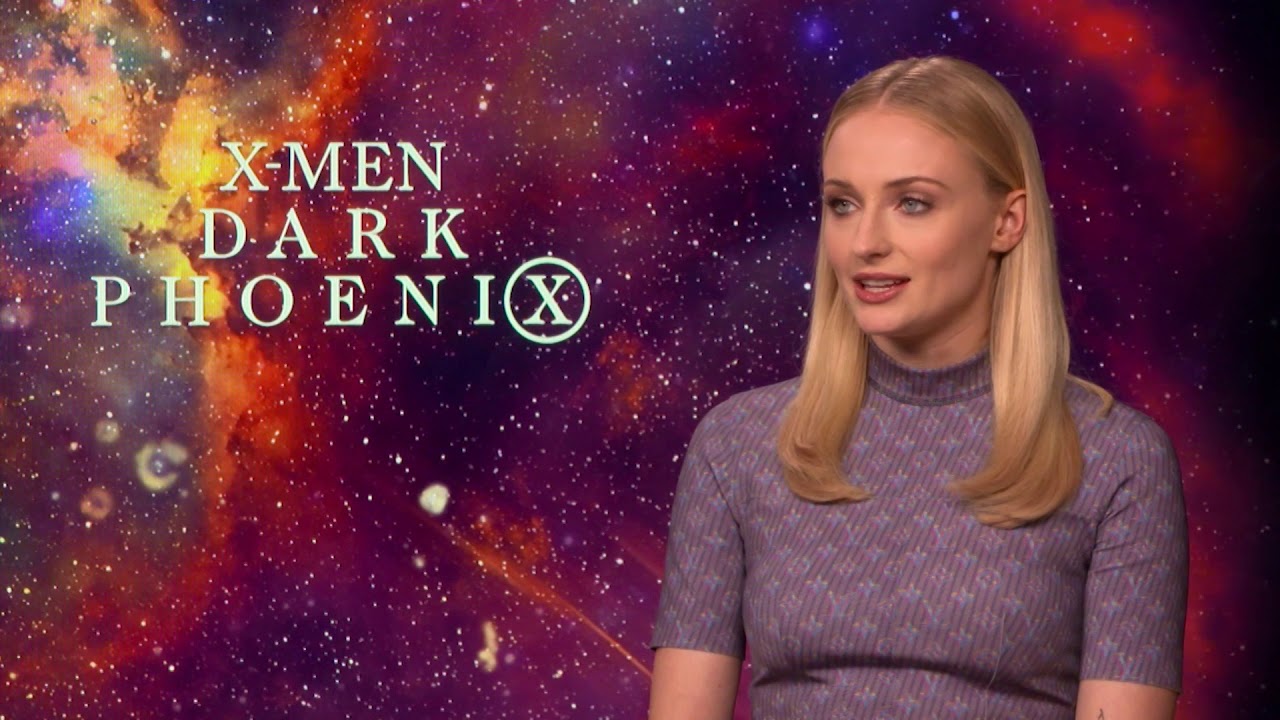 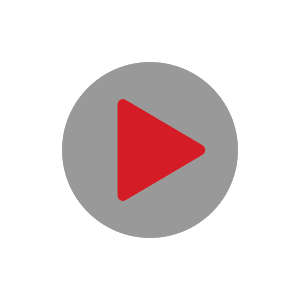 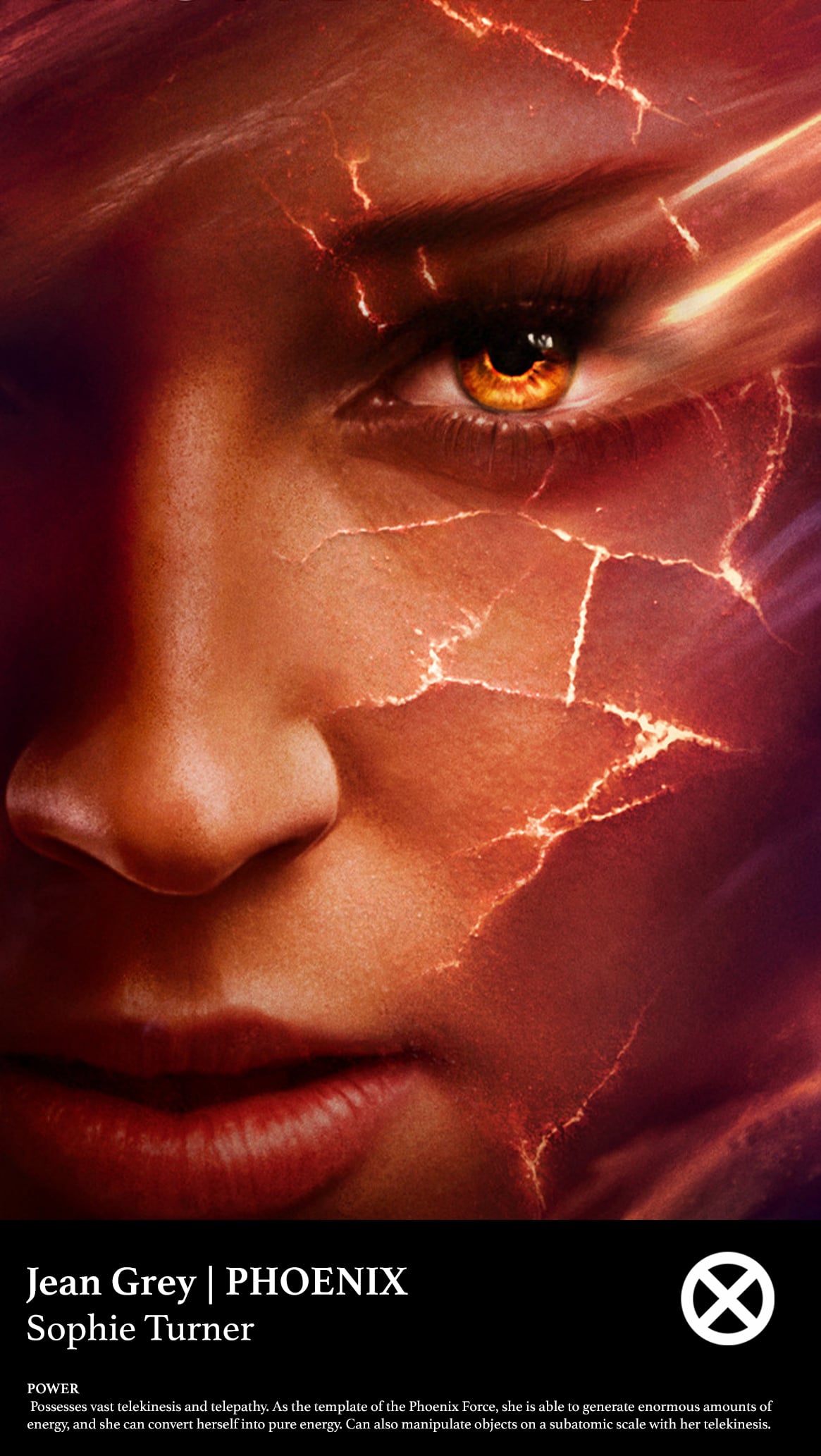 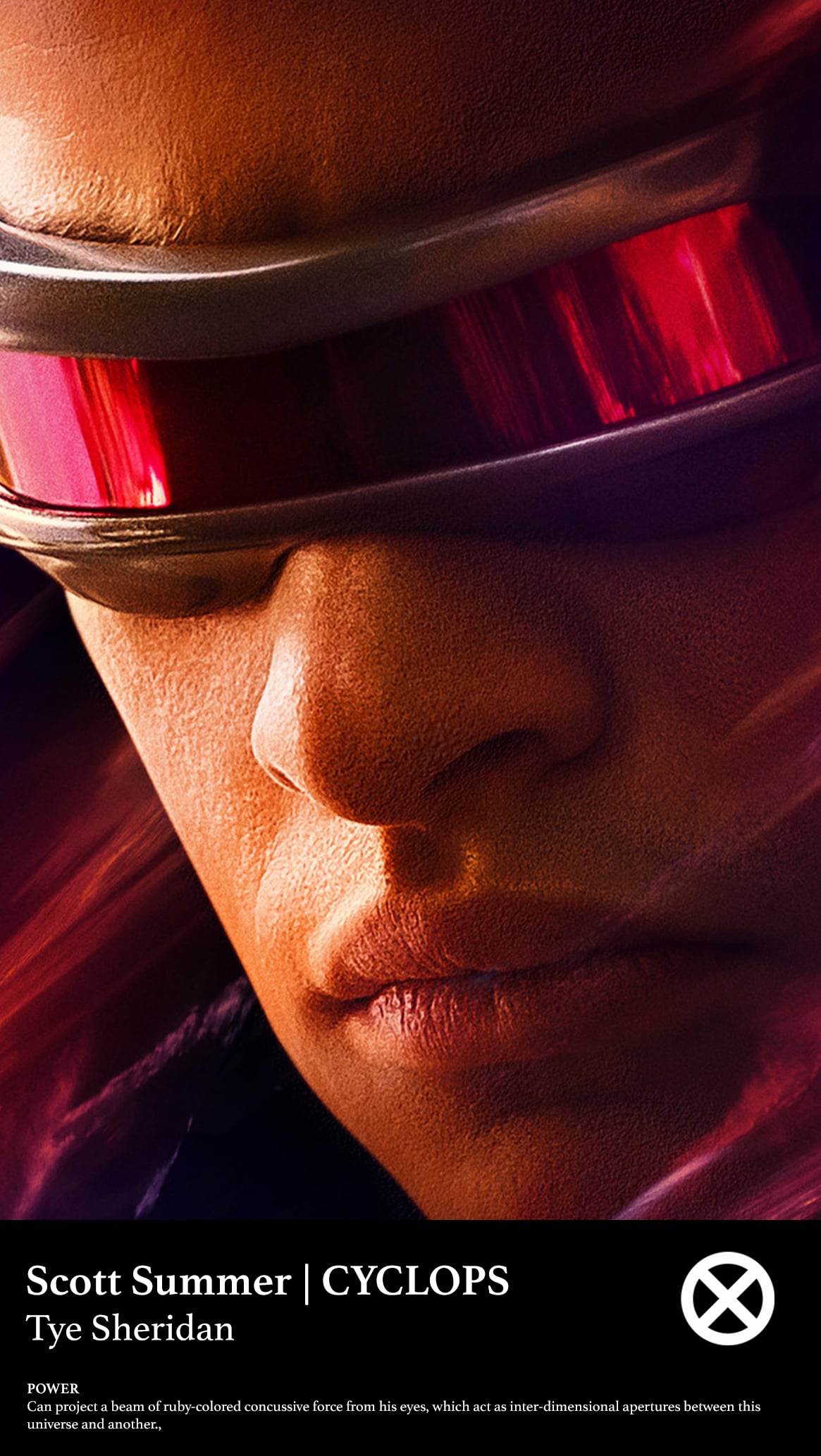 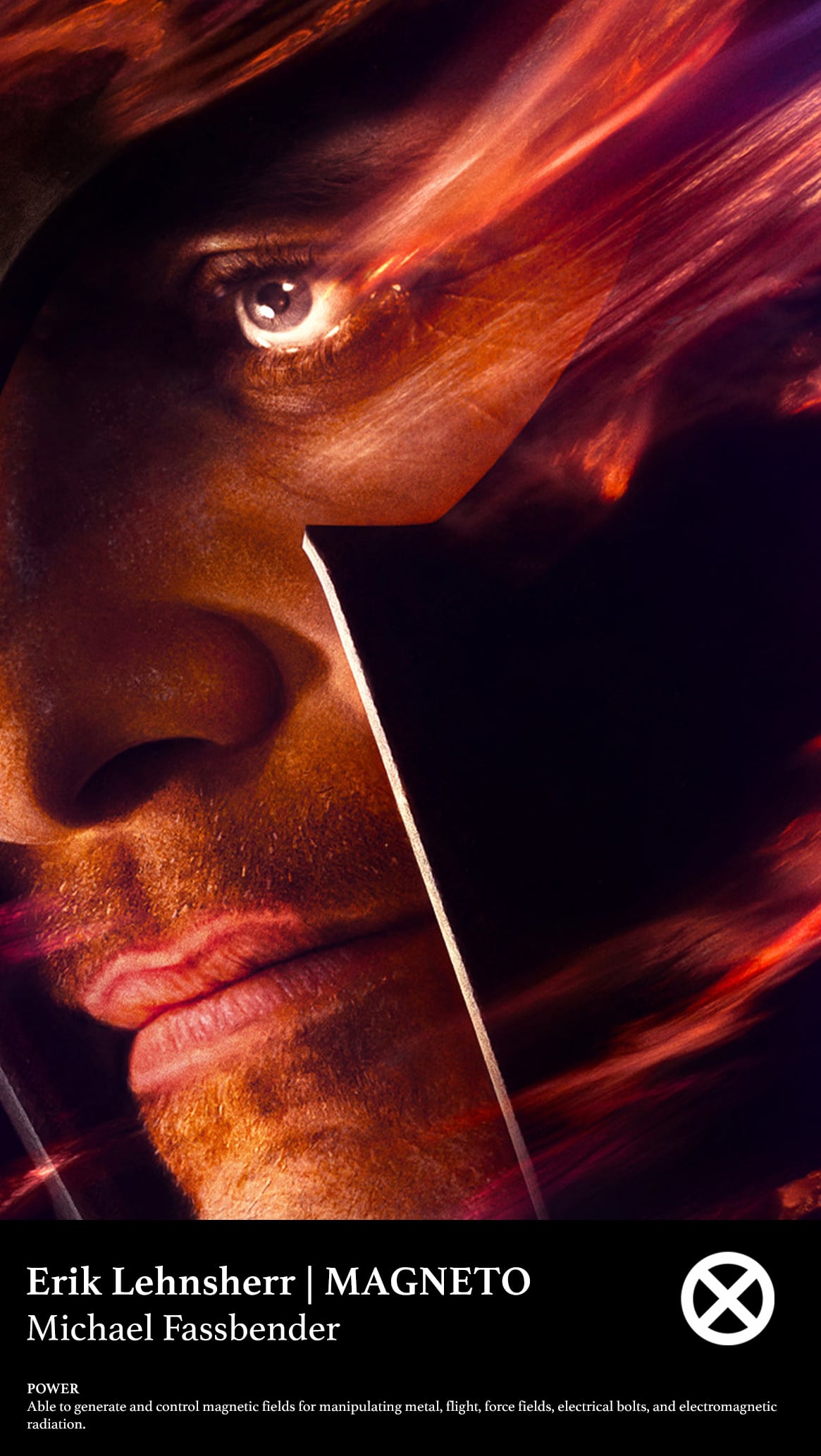 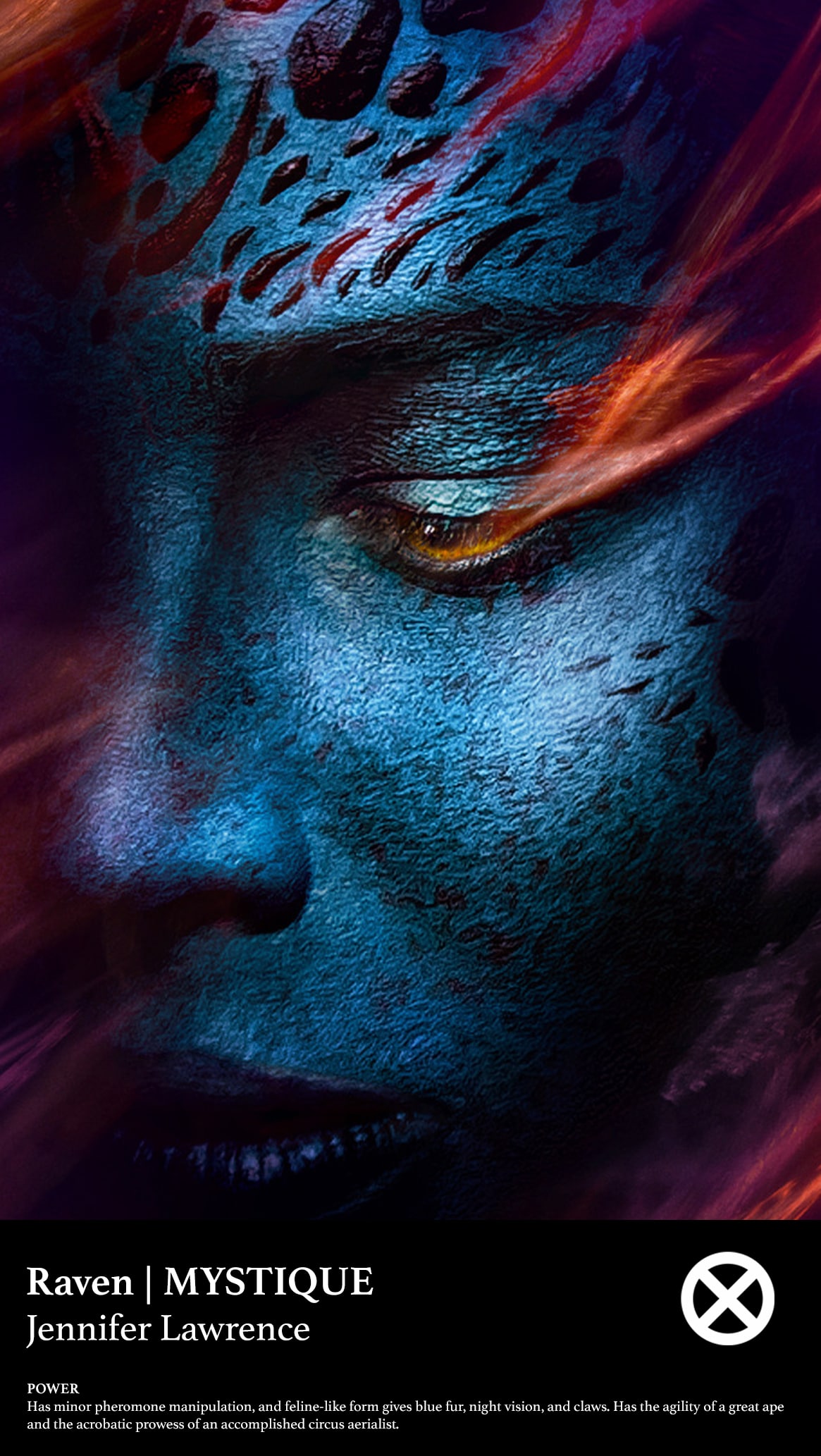 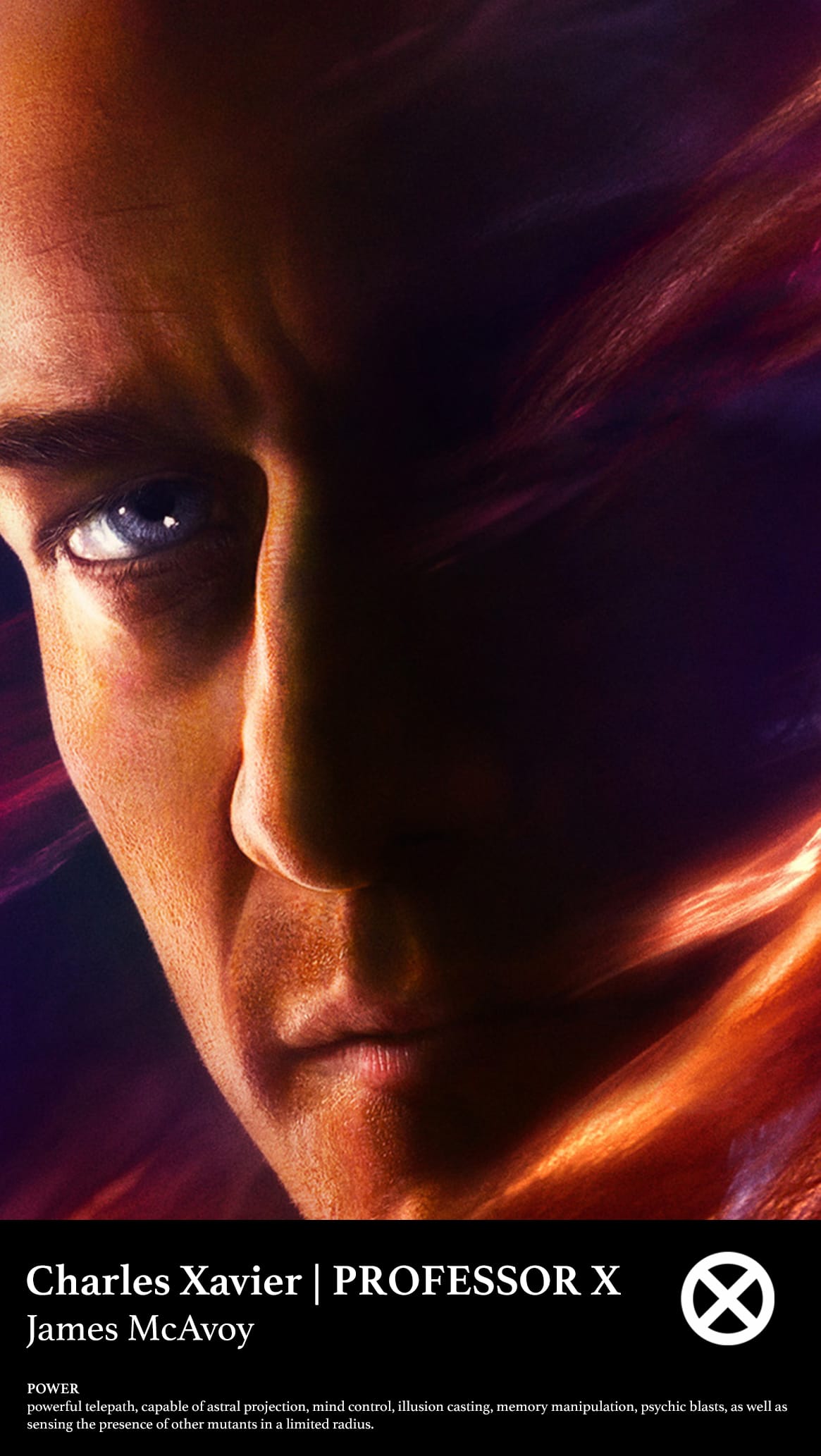 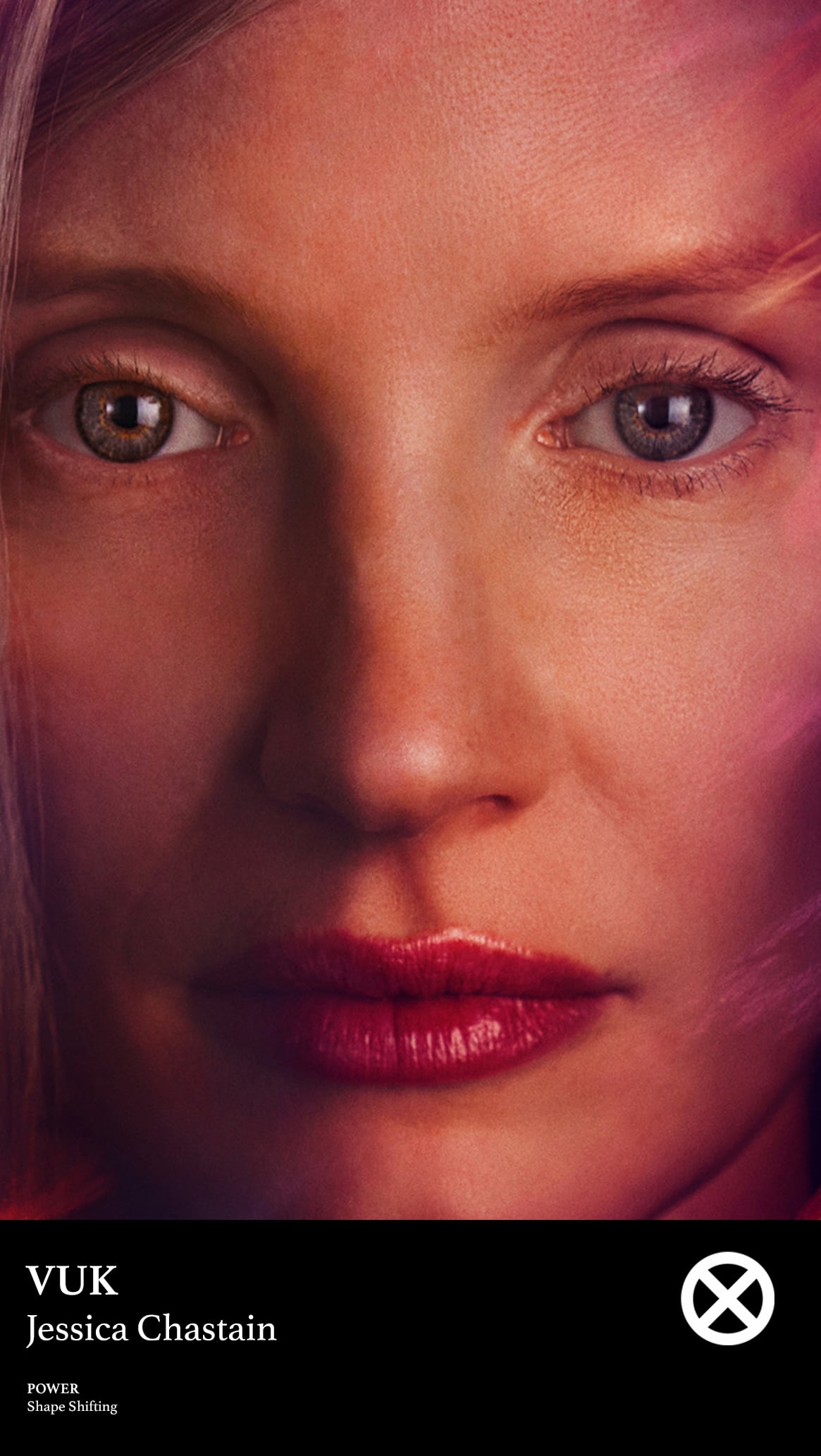 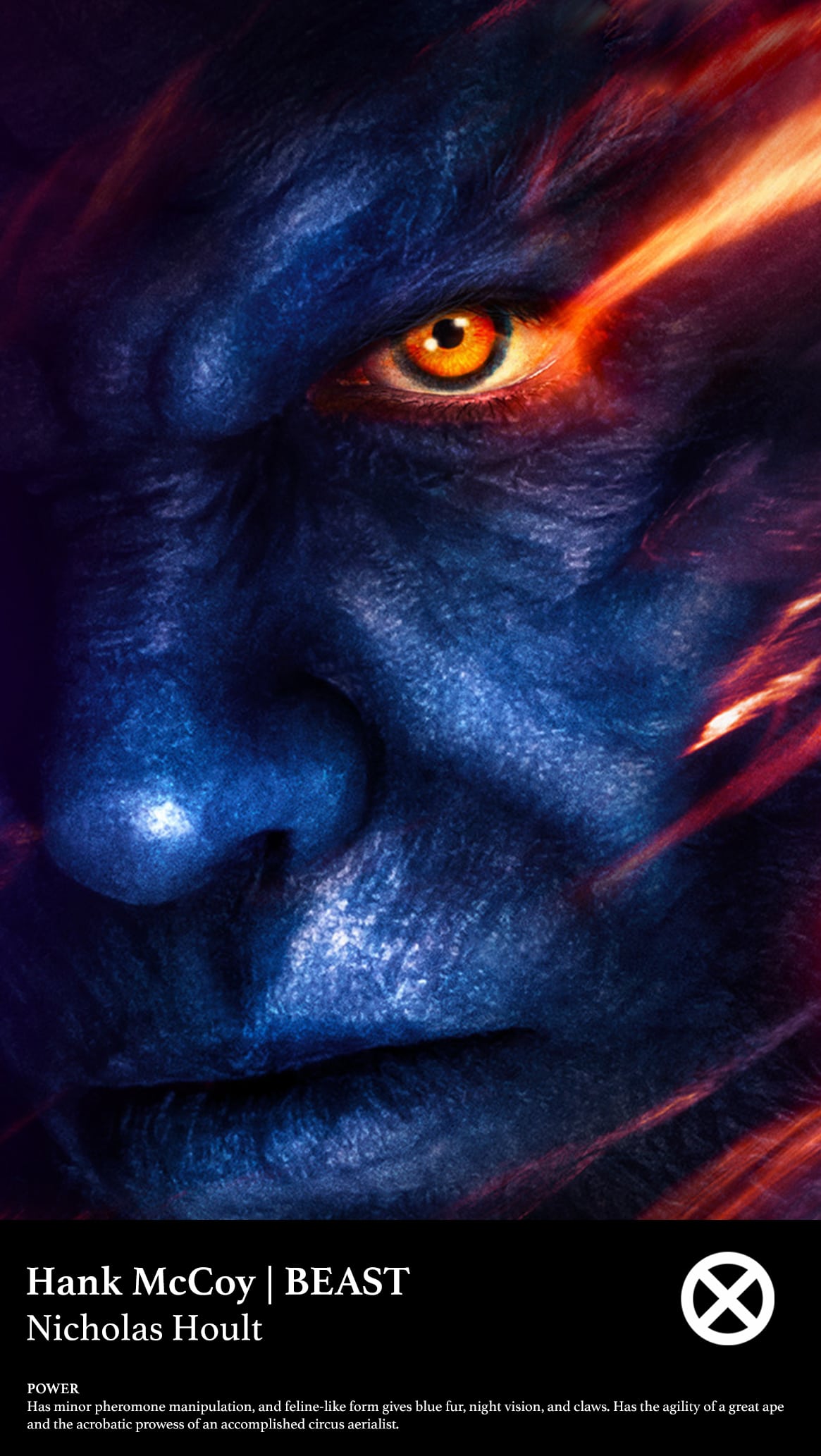 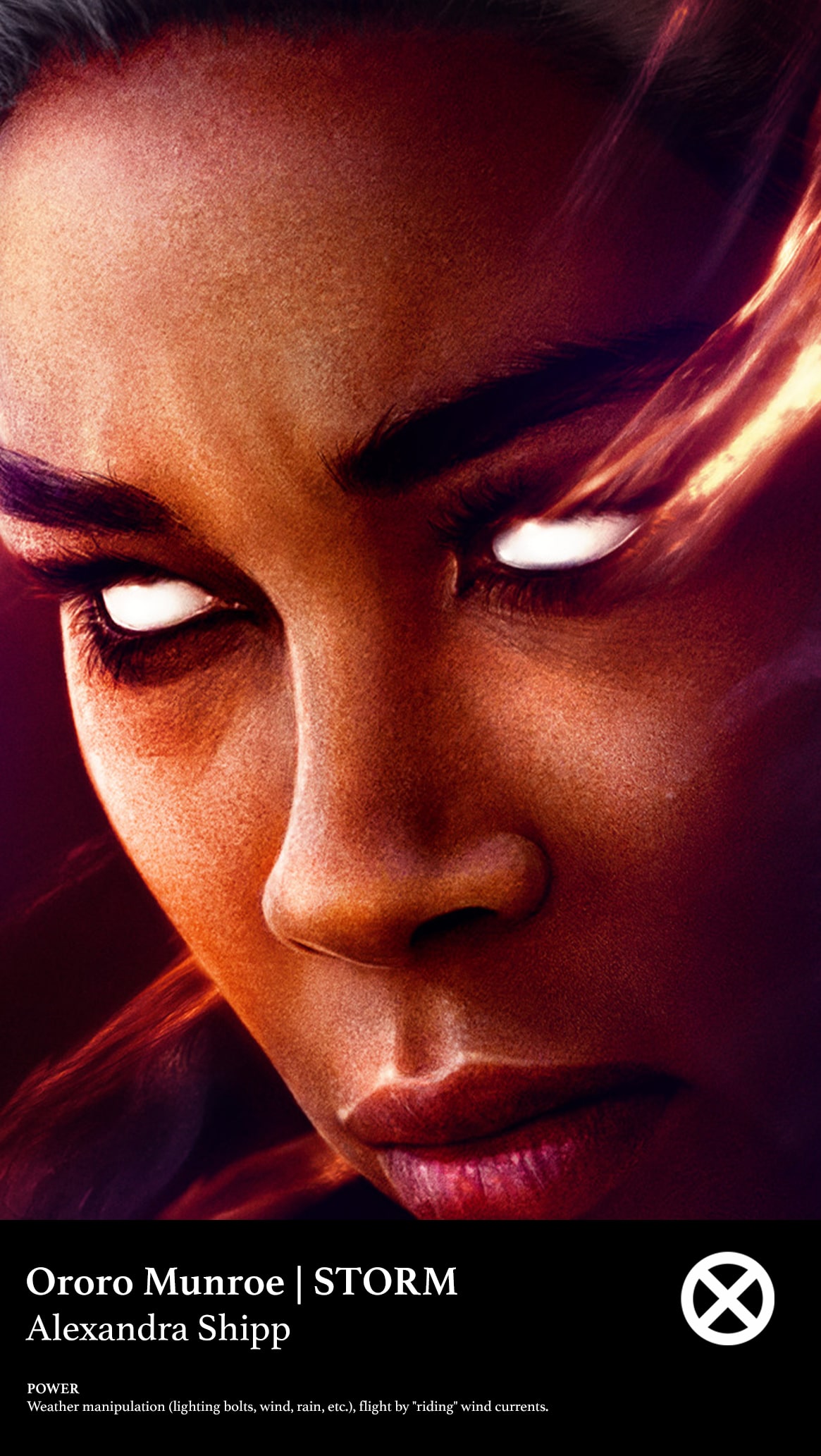 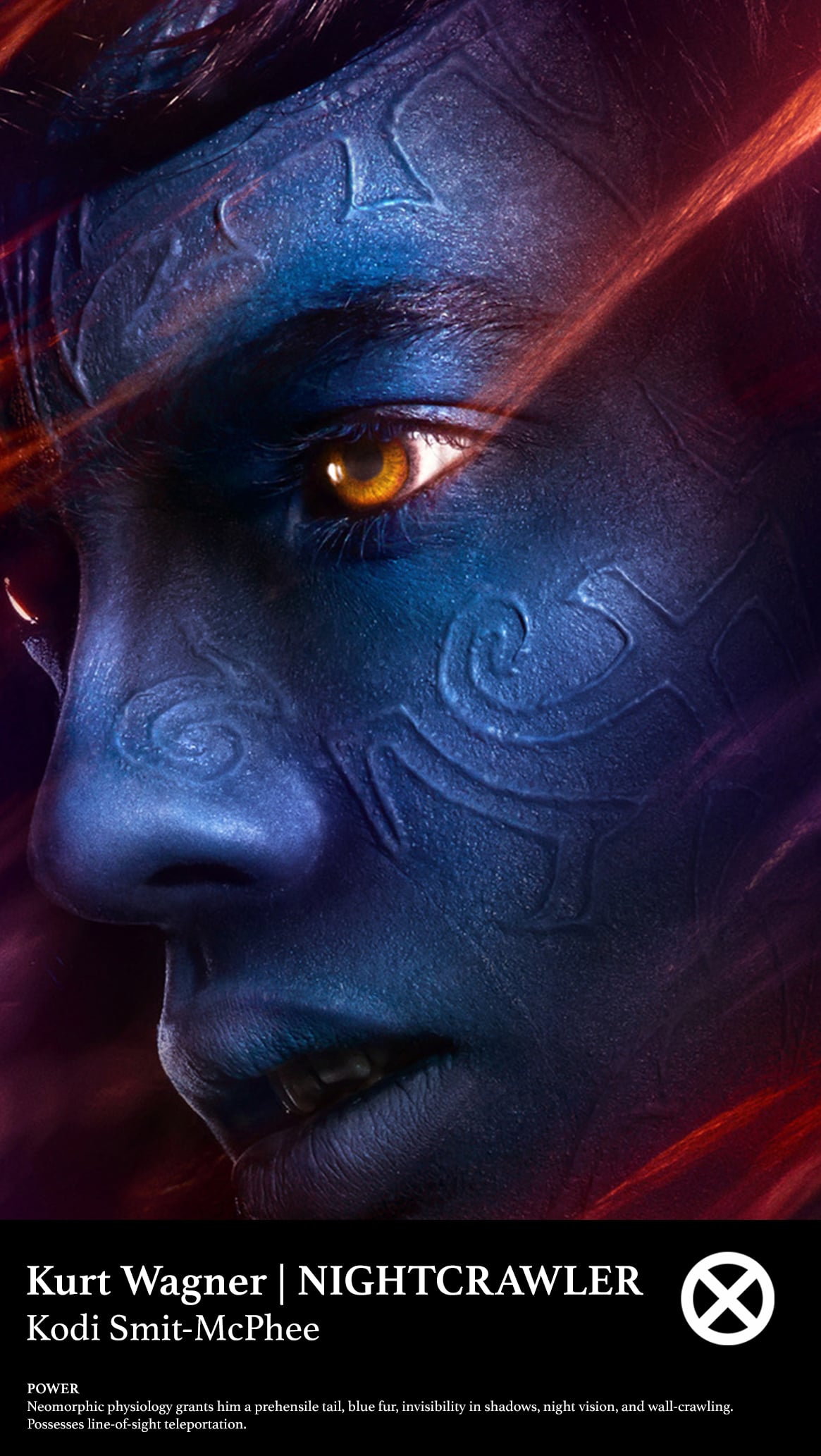 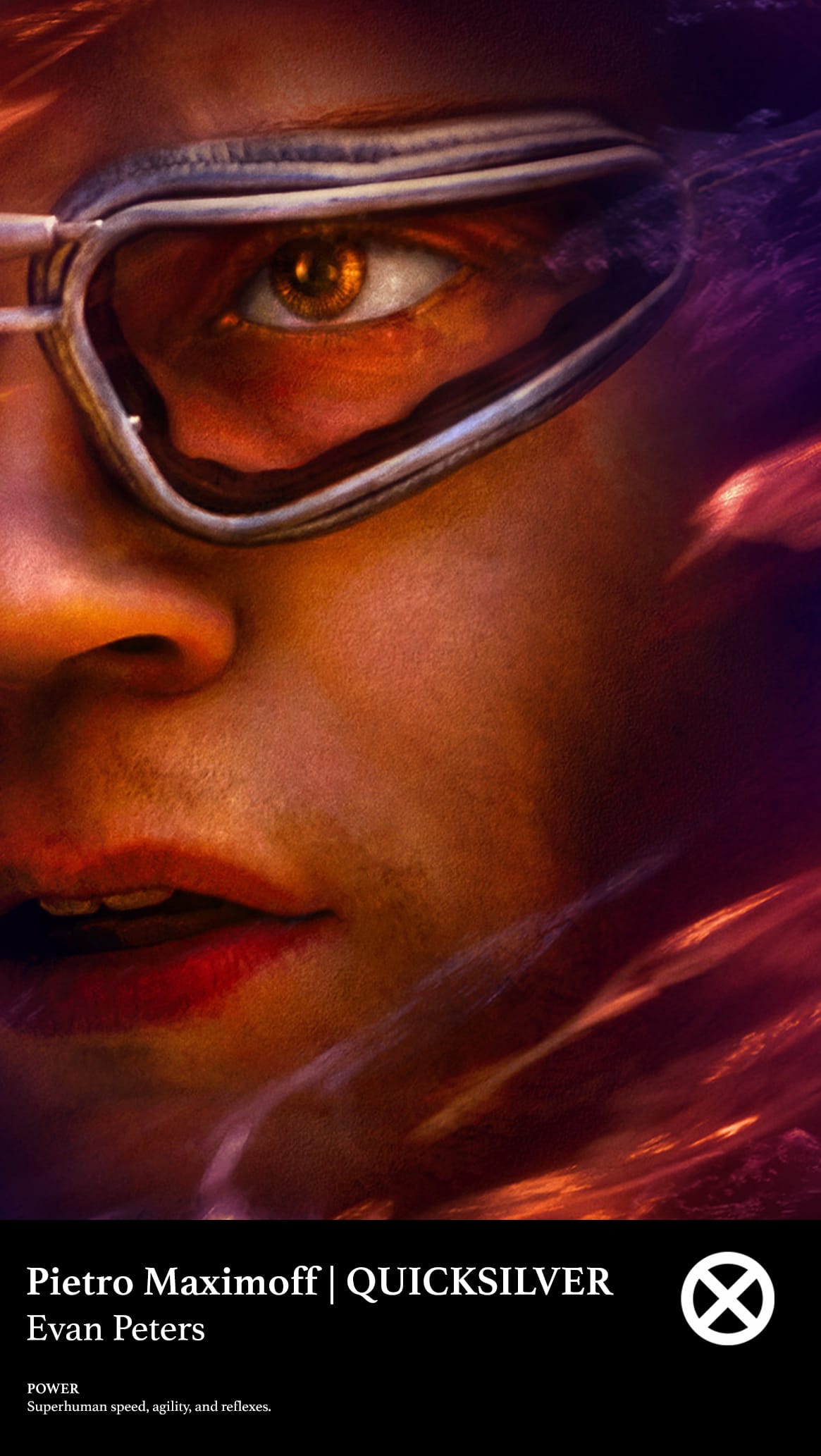 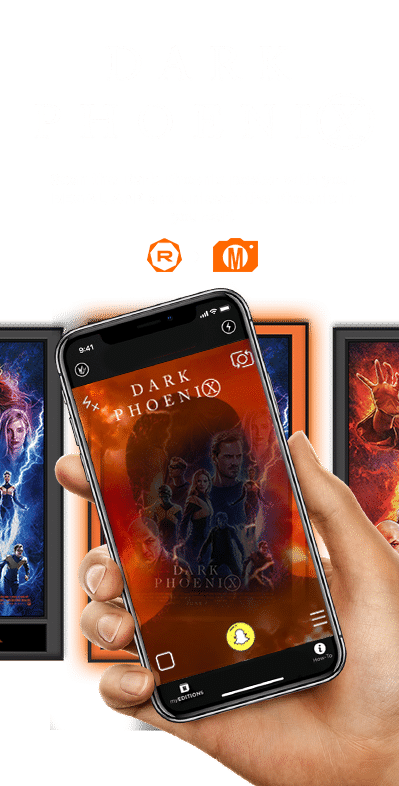 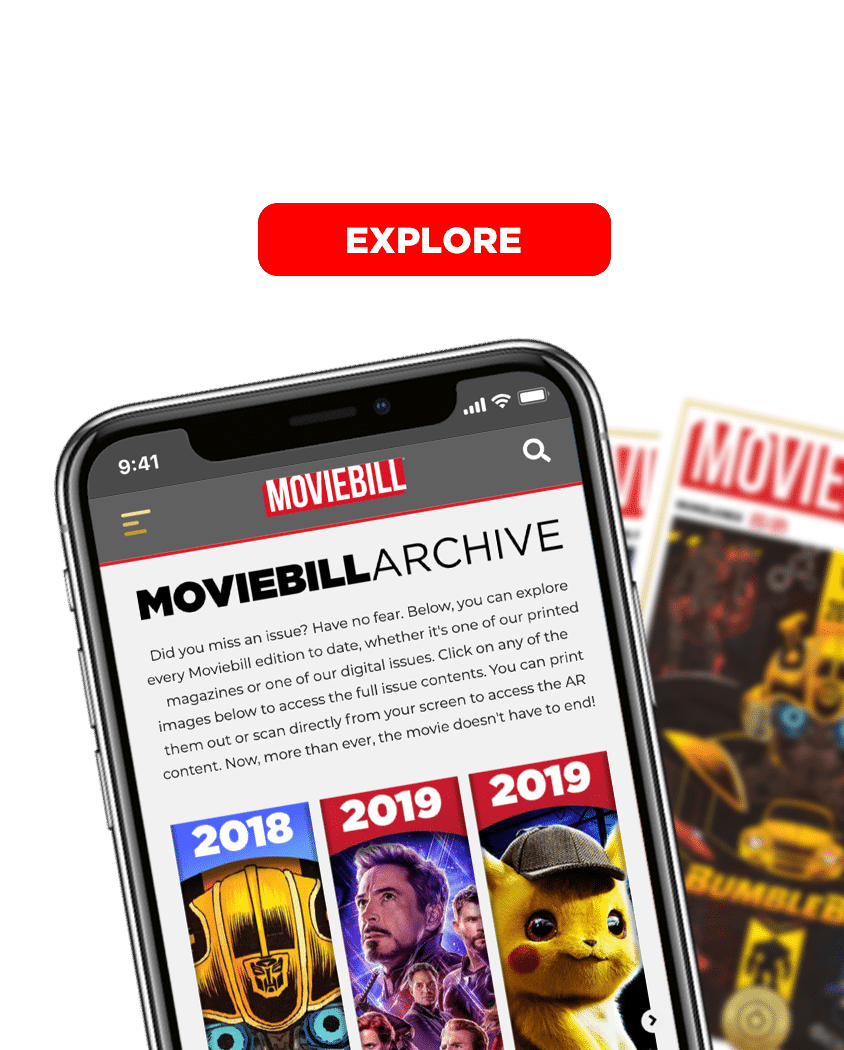