Summer is officially in full swing as Spider-Man: Far From Home opens in theaters everywhere today! Before you get your passport stamped to join Tom Holland’s Peter Parker on his international adventure, be sure to check out Moviebill’s latest digital issue by clicking on the image below on your phone or tablet. You’ll be able to explore the comic book history of Mysterio (played in the new film by Jake Gyllenhaal) and go behind the scenes with cast and crew! 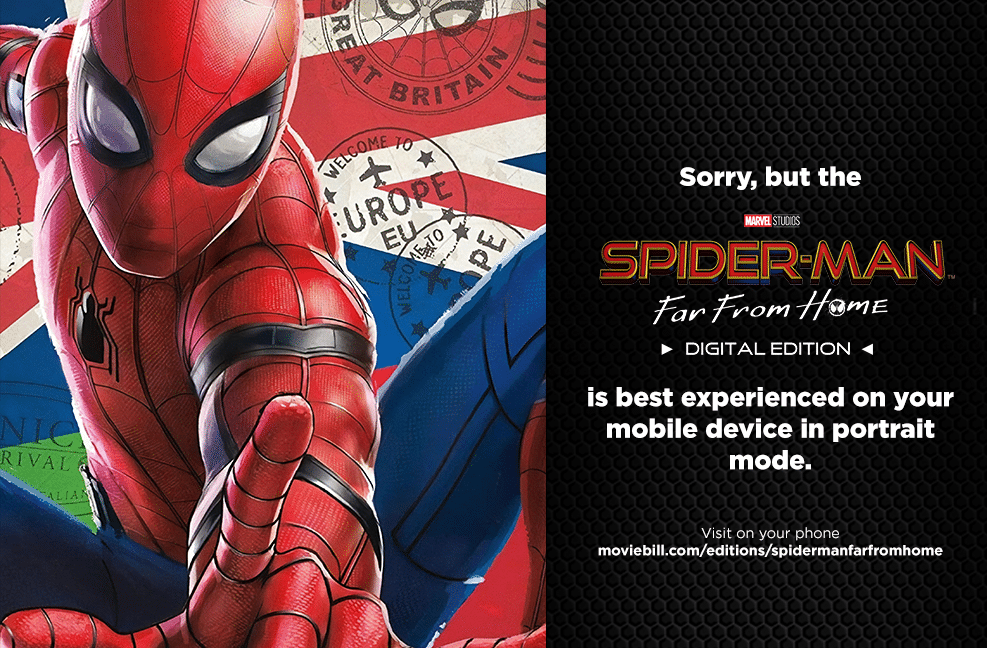 Following the events of Avengers: Endgame, Spider-Man must step up to take on new threats from a world that has been forever changed. In Far From Home, our friendly neighborhood super hero decides to join his best friends Ned, MJ, and the rest of the gang on a European vacation. However, Peter’s plan to leave super heroics behind for a few weeks are quickly scrapped when he begrudgingly agrees to help Nick Fury uncover the mystery of several elemental creature attacks, creating havoc across the continent!

The new adventure will see the return of director Jon Watts with Tom Holland back as Peter Parker, Samuel L. Jackson as Nick Fury, Cobie Smulders as Maria Hill, Marisa Tomei as Aunt May, Zendaya as MJ and Jake Gyllenhaal making his debut as Mysterio.

Spider-Man: Far From Home is now playing in theaters everywhere.