It was 35 years ago that four men came together to save New York City (and, ultimately, the world) from an interdimensional entity bent on destruction. These days, however, the Ghostbusters are nowhere to be found. That is, until next summer when an all new sequel to the original film hits theaters. Today, Sony Pictures has revealed the first teaser artwork for their upcoming Ghostbusters: Afterlife while writer and director Ivan Reitman has revealed a few plot details for the new adventure.

Although Afterlife is expected to include appearances by Dan Aykroyd, Ernie Hudson and Bill Murray, the story is said to center on a single mother (played by Carrie Coon) and her two children, Trevor and Phoebe (Finn Wolfhard and Mckenna Grace, respectively).

“As the family arrives at an old farm, they begin to discover their connection to the original Ghostbusters,” Reitman tells Vanity Fair. “Trevor and Phoebe are about to find out who their grandfather was and whether they’re ready to pick up the proton pack themselves.”

Below, you can take a first look at the Ghostbusters: Afterlife teaser poster and make sure to check back on Monday to see the first trailer for the long awaited sequel! 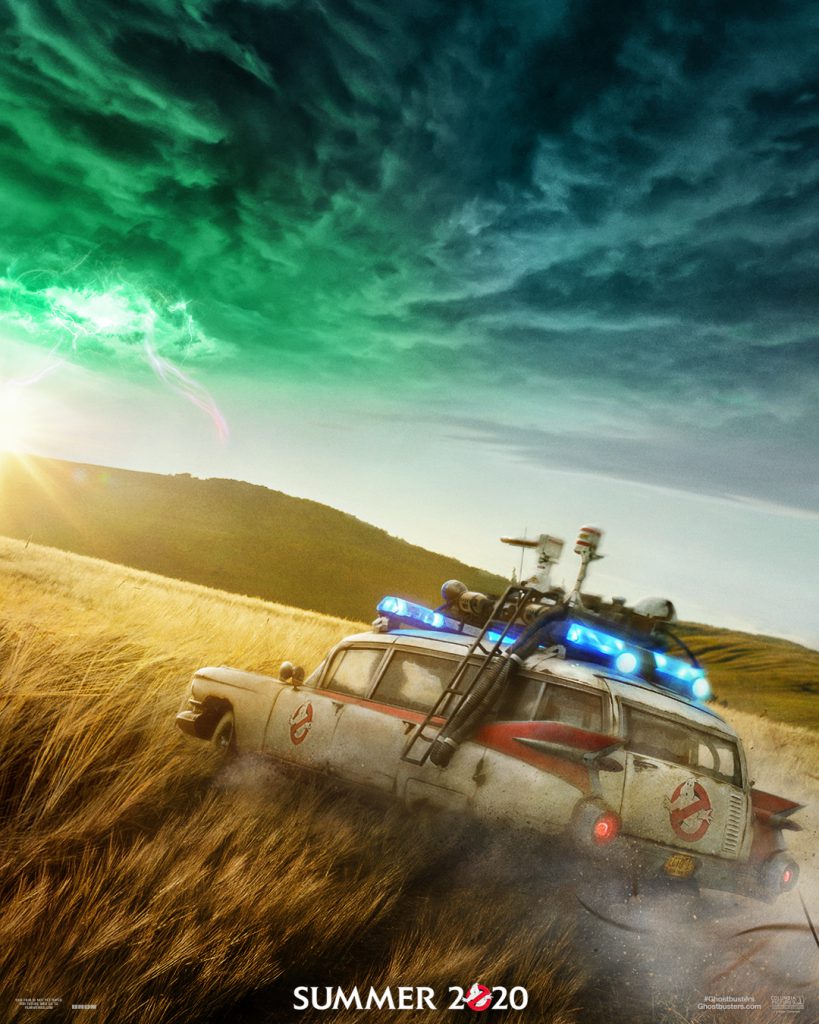