Orion Pictures has revealed a first look at Sophia Lillis in the upcoming fairy tale dark reimagining Gretel & Hansel. Lillis, who next reprises her role as Beverly Marsh in the hugely anticipated It: Chapter Two, will play one half of the title sibling pair in the 2020 release from director Osgood “Oz” Perkins (The Blackcoat’s Daughter, I Am The Pretty Thing That Lives In The House). Click on the image below to enlarge: 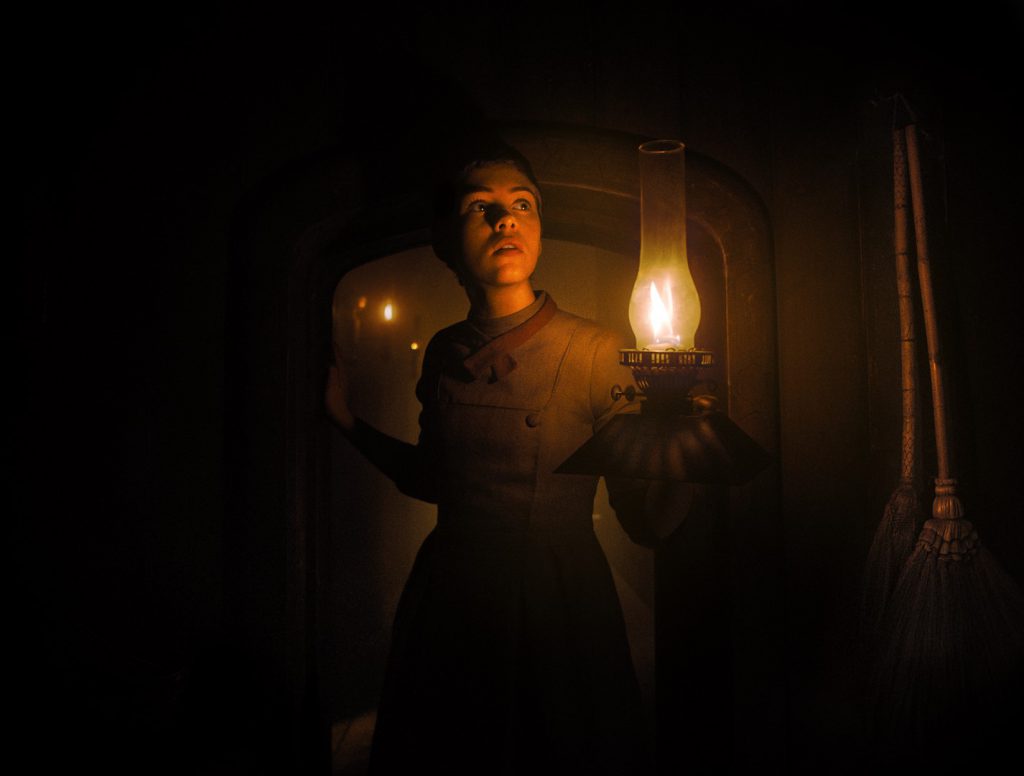 A long time ago in a distant fairytale countryside, a young girl, Gretel (Lillis) leads her little brother (Sammy Leakey) into a dark wood in desperate search of food and work, only to stumble upon a nexus of terrifying evil.

Scripted by Rob Hayes (Chewing Gum) and produced by Brian Kavanaugh-Jones (Sinister, Upgrade) and Fred Berger (La La Land, Destroyer) on behalf of Automatik, Gretel & Hansel is executive produced by Sandra Yee Ling and Macdara Kelleher. Look for it to hit the big screen beginning January 31, 2020 and check back soon for the film’s first trailer.