A new poster has just been revealed for Quentin Tarantino’s latest, Once Upon a Time… in Hollywood, set to hit theaters next month. The ninth film from the auteur filmmaker stars Leonardo DiCaprio, Brad Pitt and Margot Robbie, all of whom are stylishly depicted on the below design, which offers a throwback to the painted movie posters of Hollywood yesteryear. 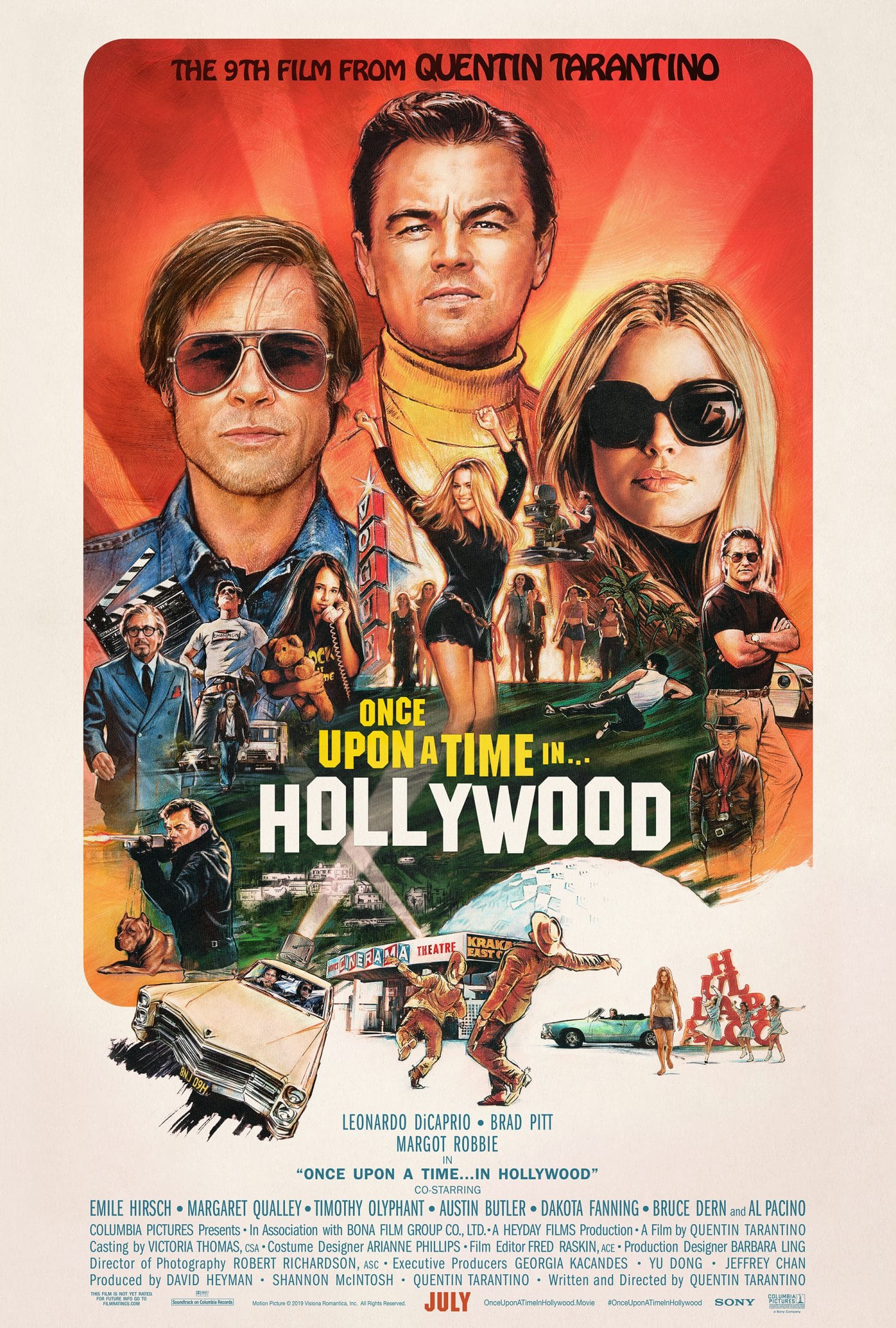 Once Upon a Time… in Hollywood visits 1969 Los Angeles, where everything is changing, as TV star Rick Dalton (DiCaprio) and his longtime stunt double Cliff Booth (Pitt) make their way around an industry they hardly recognize anymore. The ninth film from the writer-director features a large ensemble cast and multiple storylines in a tribute to the final moments of Hollywood’s golden age.

“I’ve been working on this script for five years,” said Tarantino of the project when casting was first announced, “as well as living in Los Angeles County most of my life, including in 1969, when I was seven years old. I’m very excited to tell this story of an LA and a Hollywood that don’t exist anymore. And I couldn’t be happier about the dynamic teaming of DiCaprio & Pitt as Rick & Cliff.”

Once Upon a Time… in Hollywood is produced by David Heyman, Shannon McIntosh, and Tarantino himself. Look for it on the big screen July 26.